How do I interpret the Personality Test?

This article outlines how to interpret the results of the personality test. We measure 28 traits required in the work environment. Below you can see the traits, along with an example of what it means to an individual who delivers an average score for each one.

Which traits do we measure?

What do the scores mean? 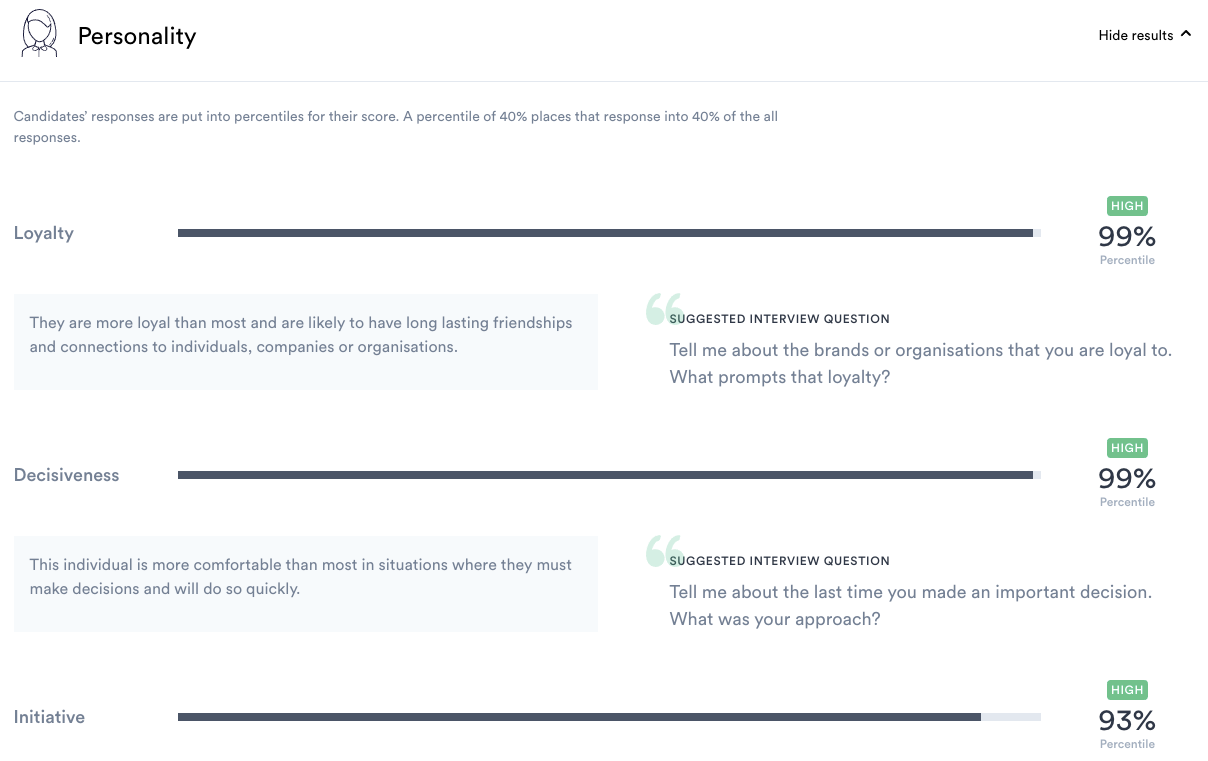 If the candidate is in the 15th percentile, they've scored higher than 15% of people who have taken the test: 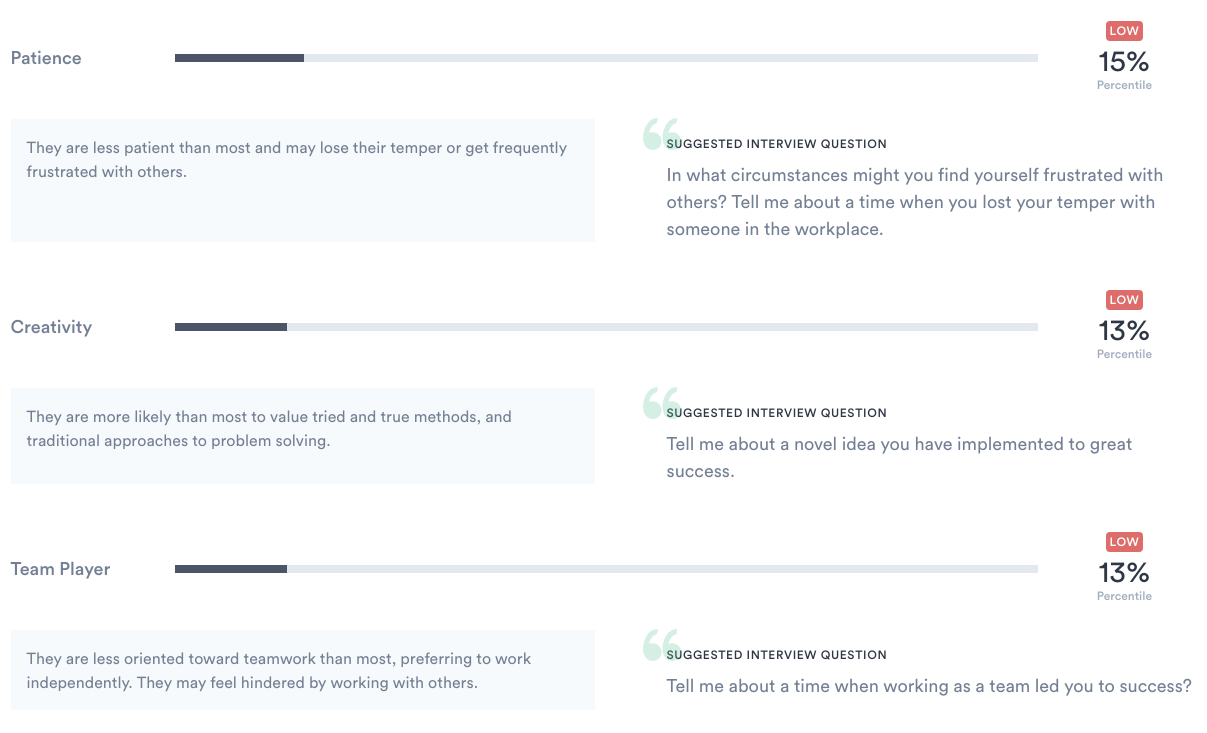 How have we ensured accuracy?

The traits we've used have been produced with reference to the Cronbach’s Alpha internal consistency coefficient for each of the scales. This is looking at how well the items correlate with one another – if someone answers highly on one then they will answer highly on another.

According to the British Psychological Society a coefficient of 0.7 or above is excellent, and 0.6 and above is good. As we are using scales with a reduced number of items (just four per scale) anything about a 0.6 is a good or acceptable alpha coefficient.

Why have we used percentiles not raw scores?

Unlike the aptitude tests, we use percentiles for the personality test. For each of the scales we automatically compare an individuals raw score (the addition of all items answered) to our norm tables to see how their responses compare to the norm group of all the other individuals who've taken the test.

The importance of norm tables becomes clear when we compare across scales. For example, if someone has a raw score of 17 on Conformity, it means they are more likely to conform than most people, and it is likely to be a defining characteristic of them. However, if they had the same raw score on Creativity, this would only put them in the 66th percentile, with a medium score. This means they are as creative as most people. The same raw score will mean different results across the scales.